I’ve been making lists for as long as I remember. To Do Lists. Favorite movie and book lists. Lists of friends. Long-range plan and objective lists. Even lists of future blogs I want to write.

I find If I can’t get to something – or don’t think I’ll remember it – a list does the trick.

It caters to my need to be hyper-organized.

It also takes things off my cluttered mind onto a fresh sheet of paper or blank computer screen (though mostly paper!).

Isn’t the best part checking – or better yet, crossing – things off your list?

For an admitted ‘productivity addict,’ I find completing the ‘quick win’ items (or, as my friend Lois might say, the ‘low-hanging fruit’ – sorry, little inside joke) on my To Do list feels, quite simply, GREAT. And just knowing longer range items are written down demonstrates, I feel, my intention to get them done.

I even keep some past lists, as they’re pretty nostalgic … for example, the days when buying diapers or keeping track of classes or homework, which might have been forever forgotten. Old checkbooks and calendars provide some interesting peeks into the past too.

My current lists are fairly standard, even boring. Pay the bills, water the plants, do some things around the house.

There are a couple more unusual items that aren’t such easy fixes. Like finding a handyman to fix the approximately foot- by foot-square hole in the family room ceiling. That’s from when my size 10 foot famously went through the ceiling from the upstairs attic crawl space a few months back. I was trying (pretty courageously, I thought at the time) to capture/rescue Jamie’s beyond-wild tabby cat. Abigail – mostly known as ‘Piglet’ – had found her way back past air conditioning ducts, skinny wooden beams and the pink insulation foam I broke through as she didn’t, apparently, want to get pushed into her carrier to go home with her human ‘mom.’

True confession – I will also sometimes make lists for my husband, Jim. ‘Punch lists,’ we call them. Those are mainly for home improvements I’m not mechanically oriented to tackle or financial type matters I’m stumped by. Sometimes he welcomes them, sometimes not – so I try to ‘time’ them right. 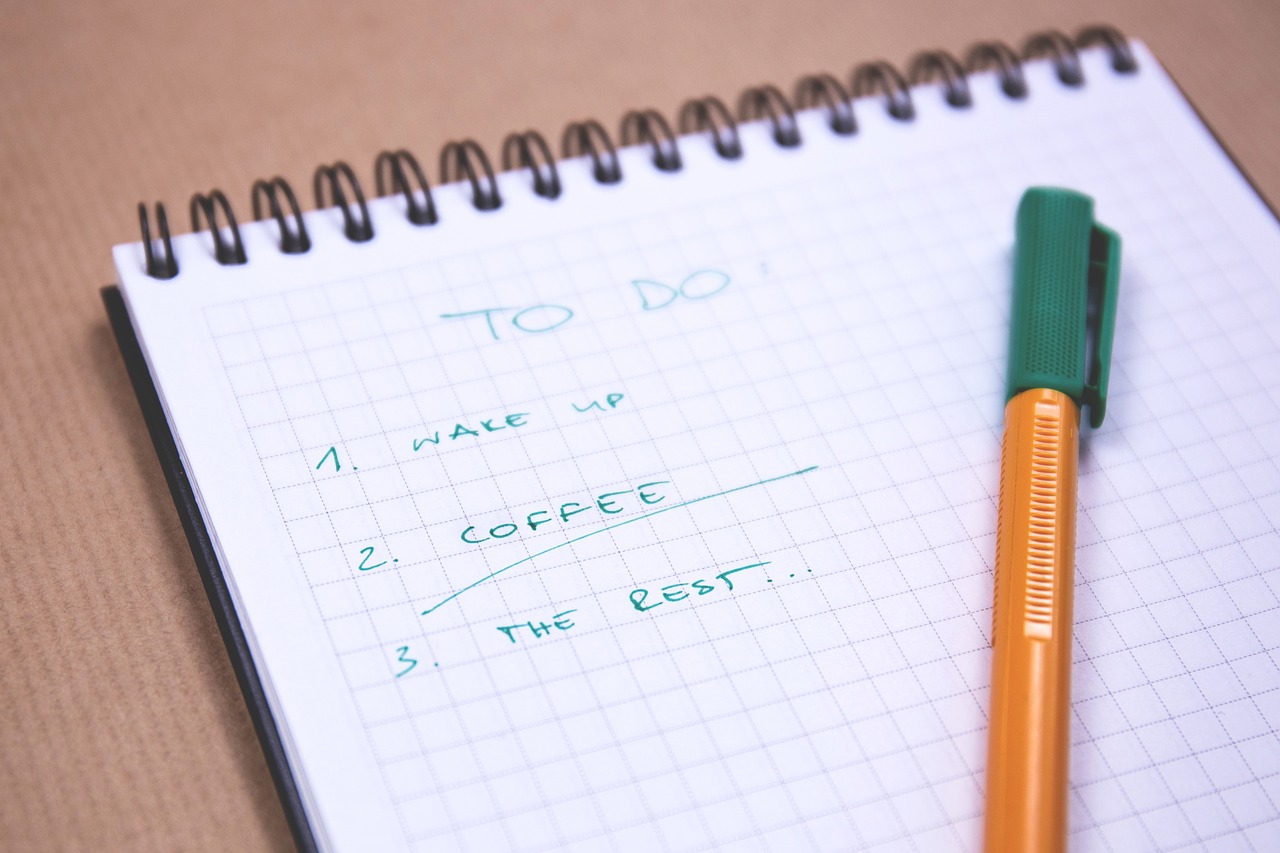 A list maker after my heart is my daughter Jamie. Having some serious Luddite tendencies for a Millennial, her childhood room and current apartment is overflowing with books (yes, real, paper-paged books) and little scraps of paper with every type of list imaginable.

What goes on people’s lists tells you a lot about the person too. Jamie and I are good examples. I don’t necessarily like ‘bunching’ people into generations or stereotyping, but some of our differences seem like they could be Baby Boomer versus Millennial-oriented. (I don’t even love to use the term “Millennial” like it’s one big person or a homogenous group where everyone’s the same, but just hear me out here and see if you agree.)

Is It a Generational Thing?

As a Baby Boomer (or maybe just as me), I can be loyal to a fault, fairly hard on myself, and seem to feel a constant need to prove myself – how hard I work in the office, how much of a people pleaser I can be, etc.

I’m the type, too, that worries more about my pedometer giving me too many steps than too little. I was the only person in my former Weight Watchers group who would move the scale around on the floor until it showed the highest, not lowest number. I just always want to really earn anything I do.

I do easily forgive myself for lots of things – don’t get me wrong – like not realizing I had put my foot through the ceiling; getting lost almost everywhere imaginable, on foot, behind the wheel, on my bike, you name it; or just making absent-minded mistakes. But I like to rise to challenges and when I can’t figure something out, I can’t always let it go.

Not Jamie. Jamie’s lists, first of all, will – as she’ll be the first to admit – contain things she knows she can cross off in a millisecond, just for that satisfaction. I’m exaggerating (a little!) for effect, but things like getting out of bed, brushing her teeth, petting her cat.

She’ll have a list at the start of the summer about all kinds of books she wants to read, movies she wants to watch, things she wants to buy or do. I’ll jokingly add to the bottom of the list things like ‘End world hunger’ and ‘Achieve world peace.’ 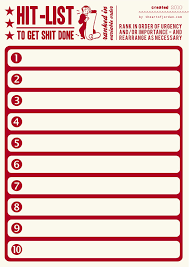 The cool thing about Jamie is if she doesn’t meet a single one of her bigger ‘To Do’ aspirations, she can let it go and move on. I also marvel, all the time, at how much she can accomplish, seemingly putting in about half the effort I would.

Some Baby Boomers like to say ‘Millennials’ are too entitled … at work and at home. I actually am learning all the time from my Millennial coworkers and friends (generally in the 25 – 35-year range), whose friendship flatters and inspires me. Three lessons in particular:

Number One: Let things go! Maybe it’s today’s digital, disposable society, but most things are replaceable, and I know a lot of Millennials who move on from mistakes or things they can’t figure out so much more easily than me.

Number Two: Don’t be frightened by technology! Jamie never ceases to marvel – and get frustrated – by how much my computer will, well, terrify me at times. She will start clicking and fixing away, when I’m feeling all is lost and afraid to touch anything for fear I might break it or never find my way back ‘home.’

Number Three: Set limits and say no! Most importantly, I know a lot of younger people who have a very clear idea of how much they should give to work and how much of their home life they should preserve. Call it ‘entitled’ but it’s healthier, I think, to set limits, take lunch and breaks when possible, go home at night at a reasonable time, etc. … put in the hard work and even extra hours, as needed, but say ‘Uh, no?’ when it’s not.

Lois and I call it, ‘What Would a Millennial Do? – or WWAMD (pronounced ‘Whammed’). And where trying to learn from it when we’re feeling overworked, overstressed and overwhelmed. I’ve added it to my work/life balance list!

Curious what YOU think of all this? Please comment!