Do you ever feel like your life is sounding a little too much like a country song? Not the feel-good, fun at the bar, truckin’, lovin’, beer-filled type … but the true down ‘n out, nothing’s going quite right kind?

The lyrics above – from a song I love written by Gary P. Nunn and Donna Farar, and covered by Chris Stapleton – get much sadder when they get to the title lines …

“The last thing I needed the first thing this morning
Was to have you walk out on me.”

Without getting into some of my life’s bigger recent challenges (which thankfully are staying somewhat at bay at the moment), I wanted to share an amusingly parallel morning I recently had to the song above, which went something like this:

O.k. so here’s the good news. My new pal at work Amanda provided a reason for all the mayhem when she told me, “Well, of course, Mercury’s in Retrograde!”

That was a new one for me but I’m nothing if not open. And I’m definitely not above shamelessly blaming a lot of silly little mishaps on the misalignment of our closest planet to the sun and second from the Earth.

Here’s the clearest explanation I could find on the Worldwide Web: “Mercury Retrograde occurs when the planet Mercury is orbiting at its furthest point away from the sun, when the planet’s orbit slows down and the Earth continues to move at the same speed. During this time, it appears that Mercury is moving back in the opposite direction it’s typically moving.” 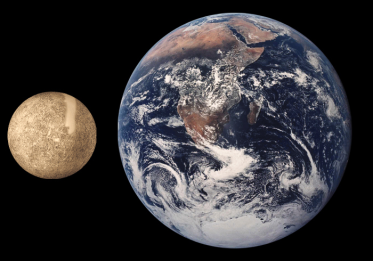 They go on to say it’s an optical illusion, like when a car moving slower than another appears to be moving backward.

Here’s the important part, from our human perspective. At least some people believe Mercury in Retrograde can cause some Craziness on Earth for the few weeks it occurs, every four months. This year, somewhat eerily, it started right on Halloween (October 31) and ends in just a couple more days, November 20, so hold tight!

Astrologists caution us not to make important life decisions during this questionable time, attributing everything from communications, to sleep, to emotional stability issues to this interplanetary phenomenon. Even technology glitches. 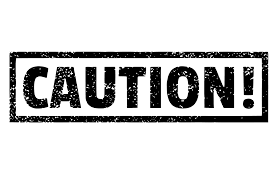 Hmm. It’s all beginning to make sense … the alarm clock, the printer, the phone. The fact that I literally went on a series of errands today to replace nonworking batteries in my cell phone, my home landline phones, my TV remote control. Even writing this blog, I couldn’t get the formatting right and this morning I was having trouble updating an old post. Moving outside to my car, a ‘check tire pressure’ light won’t go off, even as my husband has confirmed four, fully filled up, safe tires at least three times in the last week or two.

Believer or not – new to the Mercury in Retrograde scene or an old pro – feel free to join me in pointing the finger at the smallest, innermost planet in the solar system for any recent first-world technology annoyances … or worse.

Sure, it’s named after the Roman deity Mercury – a.k.a., messenger of the gods – and yeah, it’s 1/3 the width of our Earth, but it obviously can’t be trusted not to mess with us, at least a few times a year!

The Last Thing I Needed … Check out the song

*I’m not even kidding about the alarm part! I was literally taking my time getting ready for work, wondering why I was so hungry so early, why it was so light out, etc., then saw some other clocks and sprinted around to try to make it to the office before lunchtime!

2 thoughts on “Mercury in Retrograde”