Last blog I shared my mixed feelings about the expression, “It is what it is,” and the book from my son Dan that helped clarify some things for me.

I want to share one more insight from Expand This Moment by John Shelby. It’s about another expression I’m not a big fan of – “The road to Hell is paved with good intentions.”*

I know, for a get-along, easy-going kind of person, I do have a fair amount of pet peeves! In any case, here goes …

I think the “Road to Hell …” expression is often misused to put people down who may have tried, but failed, to accomplish something they did, in fact, intend to do.

I also think good intentions are extremely important, even essential, to get positive things done. It goes along with so many other things I believe in. Like Henry Ford’s brilliant observation: “Whether you think you can or can’t you’re right.”

John Shelby cited a scientific study that kind of blew my mind and added more ammunition to the argument of the significance of good intentions, with proof to back it up! I’ll leave you with Shelby’s words in a minute to see what you think.

But first, a caveat. Sometimes people state their intention to do something but have absolutely no ‘intention’ of following through, which is most likely what the ‘Road to Hell’ expression is all about. It makes them sound good, helpful or heroic, but what good does that do the person/people counting on them?

Examples: Daughter Jamie will laughingly say she ‘intended’ to empty the dishwasher or do the laundry, I just beat her to it, when we both know the truth! On his syndicated sitcom, Jerry Seinfeld called out the car rental place at the airport that said they didn’t have a vehicle for him, even though they took his reservation. He famously pointed out, in his typical, loud, exasperated way: “Taking the reservation is the easy part. Keeping the reservation is the important part!” And finally, I’m sure you’ve experienced, at one time or another, people at work, or anywhere really, who claim they would have ‘taken a bullet for you’ in a difficult situation when it just isn’t true. Again, easy to say … 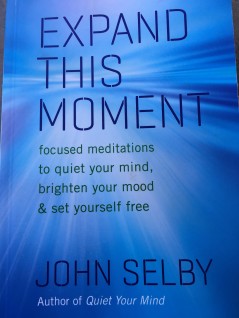 Those scenarios aside, here’s what Shelby wrote about the power of good intentions. Hope you enjoy:

“I’ve often written about the Princeton Engineering Anomalies Research (PEAR) study documenting the power of intent … In the 1980s, professor Robert G. Jahn and his team at Princeton’s engineering department set out to prove that [Albert] Einstein was wrong when he made his famous statement that ‘the intent of the experimenter influences the outcome of the experiment.’

“To their surprise and consternation, they discovered Einstein was right. Through many thousands of experimental trials, subjects were able to focus their power of intent and influence the performance of a random-numbers generator so that it regularly generated more ones than zeros.

“In double-blind ESP experiments, it was also proven statistically that, when one personal mentally broadcasts a particular symbol or number while focusing on another person some distance away, the latter will make selections influenced by the broadcast. The distance between the person doing the broadcasting and the receiver did not matter: when the distance was increased, even to thousands of miles, the effect was the same. The study documented the same remarkable results with the random-numbers generator, indicating that the power of consciousness somehow operates, as Einstein predicted, outside the space-time continuum.”

Shelby goes on to conclude that the PEAR research shows the power you can exert over others when you think – and, in turn, ‘broadcast’ – positive or negative things about them. Thinking compassionate, understanding and loving thoughts about others, he writes, can generate positive change and make the world a better place for all of us. I agree!