‘That’s me in the corner
That’s me in the spotlight
Losing my religion
Trying to keep a point of view
And I don’t know if I can do it
Oh no, I’ve said too much
I haven’t said enough …’

I heard that song – with its jangly guitar and mandolin; Michael Stipes’ voice and deep, cryptic, poetic lyrics; the band’s overall like-nothing-I’d-heard-before sound – and I was hooked. That was 1991. The year Jamie was born* and the year I became an R.E.M. fan for life. And I can say, without hesitation, that they are my favorite band of all time.

I simply love everything about that band, which ended a fantastic 30-year run in 2011. (Cooler people than me were tuned into the fact that the song ‘Losing My Religion’ – while a breakout hit – was a full decade and several albums into their career.)

So what do I love so much about this four-member, alternative rock band from Athens, Georgia?

Music-wise, they always bring something different – alternating over the years from a semi-grunge, small, garage-type band, to a louder, electric sound and everywhere in between. They always add in interesting little elements – either instrumental or in harmony vocals – that give them such a full, rich, yet still often intimate sound and truly memorable bridges.

And, for me, they always bring sensitivity, intelligence and unique musicality to all they do. 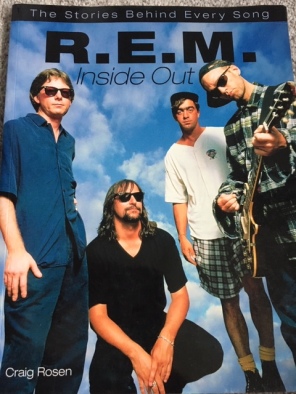 Owning all their 20-some-odd CDs, having seen all the VH1 Behind the Music specials, going to some concerts, and reading several books about the band and their songs, I also love a lot of things that go beyond the music. Things I believe exemplify any great team, and traits truly fulfilled and successful groups and individuals often exhibit:

Friendship first – The band members were friends – with mutual respect for each other – from start to finish. When they first got together (I think at least two of them met in a music store), Michael Stipe didn’t have any musical experience. He couldn’t necessarily sing in time (or tune?) with the music. He was known to mumble. He was so shy, he often had his back to the audience while on stage. But they stuck with him and, of course, he went on to be the strong front man and personality of this band.

When drummer Bill Berry suffered a brain aneurysm, then left the band to quiet down his life and become a ‘gentleman farmer,’ they supported him and never fully replaced their friend.

Most of all, they realized the sum of their parts was what made them epic; together, they were better! 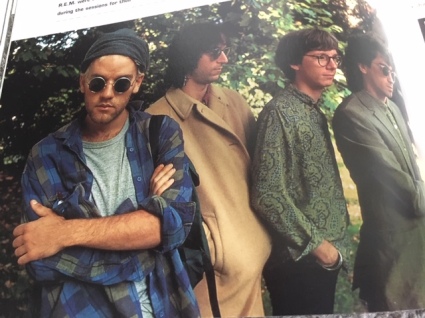 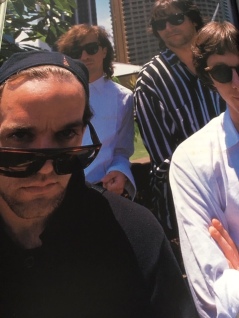 Integrity – In a Neil Young-like move (‘I ain’t singing for Pepsi, I ain’t singing for Coke’), they wouldn’t let MicroSoft use their ‘It’s the End of the World as We Know It’ song for the then up-and-coming company’s ads. They made sure to ask the band that wrote ‘The Lion Sleeps Tonight’ song from the ’60s if they could use a similar musical melody in one of their songs. Michael Stipe made sure Martin Sheen was o.k. with them using his name in another song. Just a class act all around.

Doing it for love, not fame or fortune – And, this band was never in it for fame or to play big stadiums. They were just doing what they loved. But sorry guys, (millions of) fans like me couldn’t help it – you’re just THAT good and we HAD to love you and see you! 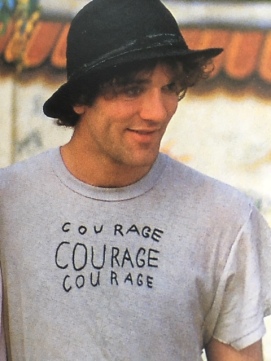 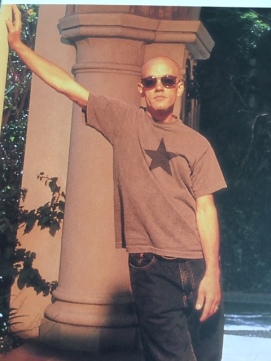 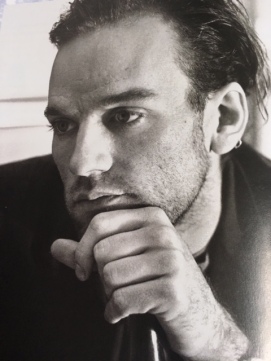 And, finally, there’s Michael Stipe – my favorite voice (up there with Cat Stevens) and ‘voice’ in terms of messages that hit me really deep. When they ask that question – What famous person would you want to have lunch with? – M. Stipe is right up there for me.

In my next blog, I’ll share my recommended ‘Best of E.C.’ R.E.M. playlist. And after that, a blog I’m literally (well, not really ‘literally’ … lol) busting to write – ‘The Unoffendable Heart.’

Thanks, as always, for listening …

*R.E.M. is one of the bands my kids and I agree on. We have old VHS tapes of Jamie dancing around the living room in a little cowgirl skirt to ‘Losing My Religion.’ I was pregnant with Dan when we went to a Nassau Coliseum concert in ’95 (during the Monster album tour). And we took him to his first real concert several years ago when they played through ferocious rain, thunder and lightning at Jones Beach and were GREAT! It was worth getting soaked!