Is anyone as excited as me about American Idol coming back on?!!! 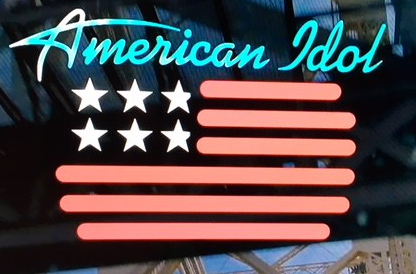 I started watching back in 2011 – when a lot of people were moving on to other things. (Typical of my weird, ‘late to the party,’ timing. I started appreciating Bob Dylan in the ‘90s, after I got used to his voice, then came to love it.)

Rocker James Durbin – who bared his soul, shared his emotional issues and turned them into heartbreaking, celebratory, ‘leave it all on the stage’ performances every time – will always be my favorite from that year and every year since. His range was crazy good – like a rock-and-roll version of Julie Andrews. And I still think he should have come in at least top three that year so he could have enjoyed the homecoming celebrations (though fourth place still launched his music career).

Anyway, his picture’s on my cubicle wall at work. And here are the top five reasons my admiration of American Idol continues to run deep:

My other top TV escape mechanisms: HGTV (especially House Hunters, House Hunters International and Fixer Upper; Hallmark movies and series (subject of an upcoming blog – wait for it!); Jeopardy (which I continue to be obsessed with, although I’m the worst player ever); Late Show with Stephen Colbert (who filters the scary news in palatable, often hysterical ways); and, This Is Us (not ‘happy’ at all really, but a mini-masterpiece about people, feelings, diversity, relationships, acceptance, inspiration and respect, every episode).

Too soon to say for sure, but I hope this year lives up  … though I do miss wonderful judges Jennifer (Lopez),  Keith (Urban) and Harry (Connick Jr.) I think it’s off to a pretty good start.

My next blog later this week: ‘Books for thought at the Elwood Public Library bookclub.’